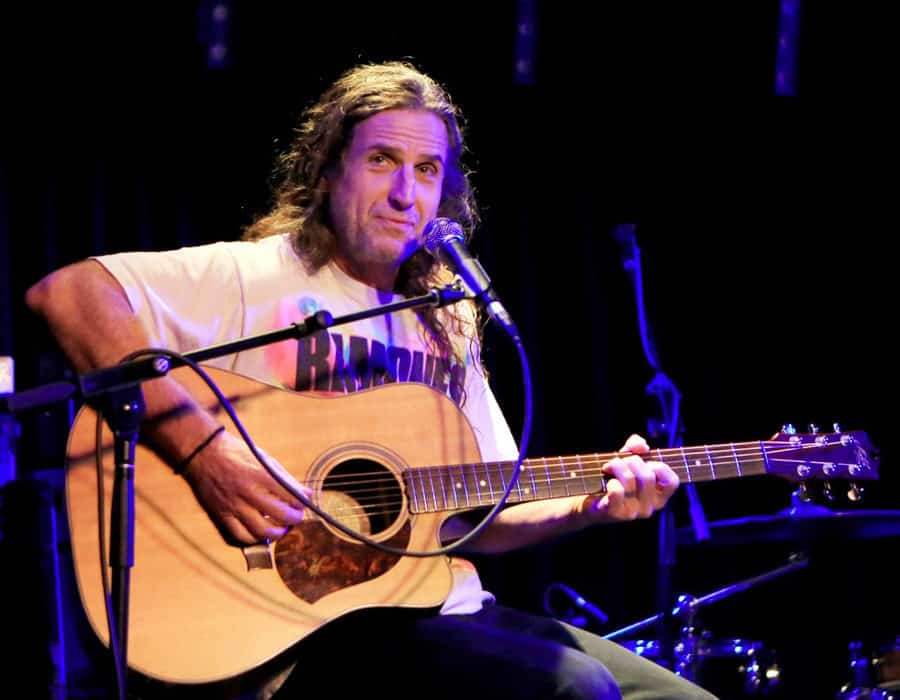 Peter Black is a legend of the Australian alternative/independent scene, although a lot of people won’t recognise his name. There are thousands who do know him though, as Blackie. Wielding his Gibson SG in Sydney’s pioneering multicultural pop-punk phenomenon the Hard-Ons since the early-‘80s, Peter Black has had a hand in classic alternative hits like “Girl In The Sweater”, “Just Being with You” and “Don’t Wanna See You Cry”, released over a dozen albums and over twenty singles and EPs, played the inaugural Big Day Out, toured Australia, Europe and the US countless times, built a legion of fans and influenced generation after generation of subsequent musicians. You can ask everyone from Spiderbait and Regurgitator, You Am I and Magic Dirt, through to Frenzal Rhomb and current chart breakers Private Function, and they’ll confirm that last point.

IF THIS IS THE HAND THAT I’M DEALT and I’M GONNA CHEAT AS MUCH AS I CAN are Blackie’s sixth and seventh solo albums. They’re a perfect pair; one acoustic-based, one electric. Both full of great tunes and once again recorded with Jay Whalley of the Frenzals and Neptune Power Federation, who also contributes some keyboards and vocals to both albums. Jay’s partner in Neptune Power Federation, Lauren Friedman, contributes some vocals to both as well, and other musical pals like Heather Shannon from the Jezebels, fellow Hard-On Ray Ahn and former Nunchukka Superfly drummer Joel Ellis (Peter’s regular drummer) also help out. The acoustic one utilises strings and really highlights some outrageous vocal arrangements and harmonies – Blackie perhaps thinks he’s all three Wilson brothers and their cousin all in one – and the electric one, while a bit louder, is similarly textured and just as pretty.

Peter Black will be performing a special acoustic set, supported by T.Wilds.

T. Wilds is a singer/songwriter based in the Blue Mountains. The impact of her voice is immediate and definitive and provides the perfect vehicle for her ever-expanding catalogue of songs that are wise and curious, daydreamy and evocative. She is influenced by the beauty of her surroundings and the natural world.

Landing somewhere between the sophisticated soul of Sade, the wistful yearning of Nico, and the country-tinged soul of Gillian Welch, her music continues to evolve into its own genre of delicate indie-folk. Her stripped-back live performances have seen her impress audiences in support slots for the likes of Cat Power, Wil Oldham, The Books, Kristin Hersch, My Brightest Diamond, Clare Bowditch, and many others.

Previously her inclination to collaborate has seen her work alongside international artists such as Howe Gelb, Tortoise members, and Prefuse 73, but these days she crafts her recordings with fellow Blue Mountains resident Matt Toohey, who adds light and shade with minimal electric guitar atmospherics to accompany the classic simplicity of her acoustic guitar.

ABOUT “THE HILLS ARE ALIVE”:

“The Hills Are Alive” is a special six-part music event series dedicated to highlighting Sydney’s vibrant inner city creative culture, reinforcing our reputation as the original home of great live music and entertainment. “The Hills are Alive” features a diverse offering of emerging musical talent, showcased live at the beautiful Australian Institute of Music.

The Hills are Alive is a part of the Sydney Solstice festival. More information here.

No online stream for this event.