On Saturday, Australian music lost one of its most famous and successful entrepreneurs. His name was Chris Murphy, although he rather liked to be known as CM Murphy. Most people in the industry just called him Murphy. He was 66 years old.

I first met Chris in 1980. I was a young music journalist writing for Rolling Stone magazine. Chris was a booking agent representing some of the hottest bands on the live circuit. Chris had called me because he wanted me to check out the band he had decided to manage. They were called INXS.

For some reason, the scene remains quite vivid in my mind, even today. The pub was in Paddington. Chris was standing at the bar. There were no more than fifteen punters in the room. And on stage, a very young INXS was playing their set like their lives depended on it. Ten years later, they would headline Wembley Stadium to a sell-out crowd of 75,000 people.

It’s hard to know how to describe Murphy because he was a complex, driven human being. He could be urbane and charming, and was always well dressed. Garrulous and loquacious, he had the gift of the gab – and he could talk under wet cement, at all hours of the day and night. I would hate to have seen his phone bill.

He was the original ideas man – spewing out a seemingly endless stream of plans, strategies, schemes, angles and curve balls.

Chris was ambitious, single-minded and determined. He was Machiavellian, and he was sometimes brought undone by his own cleverness. He took great pride in manipulating and playing people, and did so with enormous success. But some of the people he played were left feeling betrayed and burnt. His list of enemies is impressively long.

But none of this should stop us from acknowledging one of the true maverick spirits of the Australian entertainment industry. He is most famous for managing INXS for the first 15 years of their career, and with good reason; his ability to motivate the band, to select the right international partners, and drive his ambitious global vision all the way to the top of the international charts was quite something to observe. Managing INXS, Chris was a force of nature and one of the best managers in the industry.

Chris’s decision to diversify his management stable whilst INXS was still ascending the ladder of superstardom was a smart business choice, but possibly lost him points with the band. By the time INXS were Top 5 around the world, Chris’s management company MMA boasted a roster that included The Models and Jenny Morris.

Under the rooART brand he founded a music publishing company and a record label that boasted chart-topping acts such as Ratcat, You Am I, Wendy Matthews and Screaming Jets.

Very few Australian music entrepreneurs have achieved so much success, across a spread of artists and activities, in such a short period of time.

By the mid-90s, however, Chris Murphy had tired of the music industry. He fell out with INXS and stopped managing the band. He sold his companies for a tidy sum and moved into a new phase of his life defined by a portfolio of hobbies and business projects. The hobbies included polo, horse breeding and farming. The projects included publishing, broadcasting digital radio and a successful compilation label called Petrol Records.

For all of his faults, and all of his mad schemes, Chris Murphy was an exciting entrepreneur and a gifted artist manager. He was a superb reader of the game of music, and used his insights to strike aggressive deals for his acts. He was at the vanguard of a new breed of music managers which sought to achieve the upper hand in their negotiations with record companies and other partners. 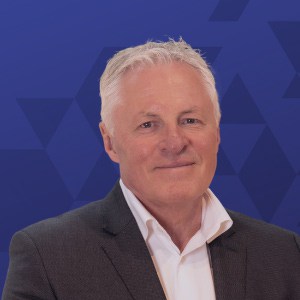 YOUR SCHOOL AT AIM.
23 Feb 21
AIM Backstage Pass: School Excursion provides secondary music students with a taste of tertiary study at the Australian Institute of Music with four hours of enjoyable activities at AIM.
More info

A Q&A with successful alumni.
20 Jan 21
We spoke to two AIM graduates to get a real vibe on what AIM did for them. Mark Dadic is a Marketing and A&R Manager at Universal Music. Matthew Tinkler is a composer and lecturer at AIM.
More info

Can the Music Industry Survive the Global Pandemic?

We will rise up, again.
20 Jan 21
From the very outset, the global COVID-19 pandemic has been an unmitigated disaster for the music industry. The stories of cancelled music festivals, tours and gigs of all sizes have reverberated around the world.
More info

Online, Melbourne, Sydney
Learn about the inner workings of the music industry and gain valuable knowledge about business. When you graduate, you’ll have the core skills, behaviours and values the industry is looking for. You’ll also have what you need to be your own boss – to start a business or become an entrepreneur.
More info
Enquire